Can anyone say, “Apocalypse” …

Can anyone say, “Apocalypse” …

By Lynn In Strategies 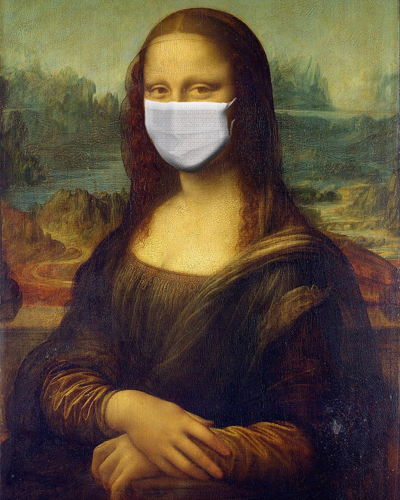 I’m sitting here shaking my head at how many people are reacting to the fear of this Coronavirus and the extremes they’re going through to feel they have some sort of control over the situation. Honestly though, I’m still laughing about this need to buy every roll of toilet paper on the shelf. Sorry if this insults some folks, but seriously people! The only thing you’re accomplishing by hoarding, cleaning the store shelves to a skeleton, is to take away from people who are actually in need of any said item. What exactly is going through your mind? What happens to perishable items if you can’t use them up in time before they expire? Just curious …

There are folks out there who have spent the past several years building bunkers and stocking up the right way for the long-haul. They’re certainly laughing right now because they’ve been preparing for whatever comes their way for quite some time. They have the ability to wait this out without having to leave their home for at least a year if not longer! And, that’s one less person on the streets.

All kidding aside, this COVID-19 Coronavirus is no laughing matter and should be dealt with accordingly. BUT, instead of the fear and panic, it’s a time to be more rational and grounded

… So how about a happy medium?

Back on the fourth of January 1998, there was this ice storm that hit Canada with a vengeance for five days! Millions of people across four provinces and two states were affected, killing 35 and injuring upwards to 1,000 people, not to mention all the farm animals that died. It’s known as one of the worst natural disasters in Canadian history. No one was going anywhere. The ice was so thick and heavy, it brought down about 35,000 utility poles, left more than 1000 giant power pylons crumpled on the ground; tens of thousands of trees broken and blocking roadways, snapping power lines, vehicles were literally encased in ice. Even three weeks after the storm ended, more than 150,000 were without power and thousands still did not have power by the end of the month! If you drive along certain highways, you can still see trees bowed over, warped from the weight of the ice. It was a huge wake-up call for many people including me.

When my power went out, it was almost like the whole deer-in-the-headlights look where you’re thinking, “Now what?”. I was no more prepared than the man on the moon – actually, even he would have been better prepared. There was no option to go out for supplies because there was nothing open plus the roads were out of the question completely unless I wanted to land in the ditch … the one that was next to my driveway because that’s as far as I would have made it. I had few candles and not a whole lot in the cupboards, well, at least that I thought. It’s interesting when you’re forced to look at what you have when you’ve nowhere else to look.

Keep in mind, for me when there’s no power, it majorly equates to no heat, no water which trickles down to no toilet flushing, and no phone. The thought of an outdoor outhouse brought into a house may be crossing your thoughts right about now. You start to pay attention to how many times you head to the bathroom, I can tell you. This also meant there was no drinking water and if the house was left without heat for an extended period of time, you would have to think about emptying the water out of the pipes to make sure they didn’t freeze and cause damage. We did have a chest freezer so we weren’t going to starve by any means but we had to think about what would go bad and what could go out in the car to stay frozen [and protected from critters] if it came down to it.

You have to be very innovative when a crisis occurs and when you think back, you really have to be impressed with some of the ideas you came up with … maybe not all, like those who thought that bringing the BBQ in the house was a good idea. The thing is that you have these instinctive skills that are not being used because you never had to use them before.

So let’s get practical. And that’s where my brain went.

How can I be better prepared if this or something similar were to happen again? This was the big question. I certainly did not have the resources to go out and start building a bunker or a storage house for food. But, there was something I could do.

Once life returned to a somewhat normal, I started looking at food sales. We picked up a metal shelf and put it in part of the basement that didn’t have any windows like a cold storage or the place you go to avoid being sucked into a tornado. I only looked at food that we ate regularly and any time it would go on sale, I would get a few extra cans or bottles and put it on the shelf keeping track of the dates, making sure the oldest was always used first. I never went to extremes because I wanted to make sure the food would always be used in a reasonable amount of time – no waste. And yes, I would stock up on toilet paper but only if it went on sale because that crap can be expensive. Depending on the item, any time it would be down to less than five on the shelf, I would start looking at the sales again waiting to buy more once the prices were down and usually before I ran out completely. I managed to save on trips to town, saving big on time and gas and putting more money in my piggy bank.

The fact that we had a freezer, we decided to invest in a generator to supply power to major appliances like that and the fridge. As much as you can put food out in the winter to keep it frozen, you’re kind of out of luck in the heat of the summer … and you know, it’s always one of the hottest days that the power will fail.

OK, we were set for food, but what about water? I started filling a big jug of water and putting it in the fridge. Any time someone wanted a glass, they would get it from this jug; it was always cleaned in between fill-ups so I never had to worry about the water tasting bad. This jug is always filled as soon as it’s empty. When we hear that bad weather is coming, I also fill up extra containers; any water that we don’t drink goes to my plants. We also picked up some of those huge ice cream pails and filled them with water so that we could at least flush the toilets – heaven!

How about heat? Yes, staying warm in the winter is a good thing. We decided to invest in a wood stove and thankfully so because we’ve had to use it on a number of occasions. To make sure we were well versed in operating this stove, we would intentionally use it to get a feel as to how much heat it could produce. Plus, I’m a sucker for the smell of a campfire so I was all over this.

One last thing … light. I started looking at options for providing light when it got dark because in the winter, it can be dark by 5pm and that makes for a very long night ahead. I have wondered what it would be like to hibernate many times though. I picked up non-scented candles … I had scented ones but can you imagine the stench of 16 different scents going through your nostrils at one time – UGH, no thank you. I also looked into solar options. Solar lighting is so popular now that there’s nothing to hooking up a string of lights to guide your path through the house; there’s even cute little lanterns that you can place here and there … so magical!

All this didn’t happen overnight. No, it took months but each step we took made us feel more in control of a crisis when it decided to show up. There was no panic involved or greed or waste. We had what our family needed and it felt great … a nice happy medium ?.

Click here to schedule your “What’s My Next Step?” session.

"Lynn Nagora and High Caliber Virtual Assitance has been a wonderful addition to our team.

As we are a not-for-profit organization operated by volunteers she has brought her talents to bear to help us efficiently run our organization. Her great talents include her responsiveness to our requests, her professionalism, and of course her technical expertise. She has remarkable organization skills and a non-flappable approach, even to our last minute requests. She offers practical suggestions and has lots of patience with our questions.

Having her working with us has filled a huge gap in our skill set and relieved many of our pressures."