By Lynn In Have Faith 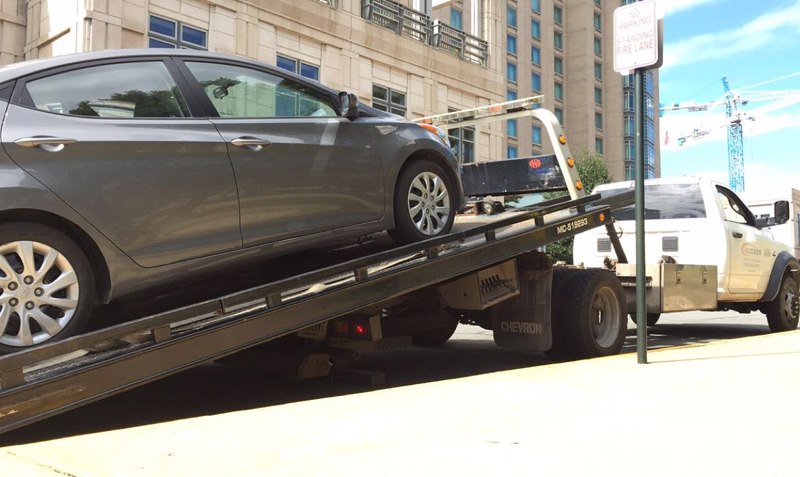 As the days shorten and a chill enters the air, the seasons transition, and the end-of-the-year holidays will soon be upon us. During those times, many of us turn inward towards our thoughts. Thoughts of things in which we believe, but we can’t verify. We can’t calculate these beliefs with an algorithm. We can’t replicate these beliefs with science. And we can’t often determine from where these beliefs enter our conscious thoughts. Yet for many of us, beliefs, particularly beliefs in things that we cannot usually touch, see, hear or taste, are real, and these things impact our lives in powerful and profound ways.

I recently took a trip with my daughter, Alexandria, down to Virginia for a conference. After a wonderful farewell Sunday brunch, we packed up the car and prepared to return home to Canada.

As I turned the key in the ignition, all I heard was an ominous click. I glanced over all the controls, made sure everything checked out and again I tried only to hear that simple little click. I felt a sinking feeling in the pit of my stomach as I realized it was definitely not the battery. No, I figured it was something more serious, and a problem that may not be readily fixed on a Sunday afternoon when most mechanics were likely enjoying a day off.

Yet somehow, I knew everything would be fine. “It’s going to work out,” I whispered silently to myself. What followed is one of those improbable cause-and-effect chains that shouldn’t have happened, but did.

Through AAA and the gracious assistance of the hotel front desk staff, I was able to contact a tow truck, which arrived earlier than promised, and find a garage that was actually operating on a Sunday.

When the truck arrived, I noticed it was too tall to fit in the hotel parking garage. No problem for the slightly built, yet deceptively lithe driver, who steered and pushed my car, from the second level out to the street where it could be hooked up for its ride to the shop. I couldn’t help but be astonished as he went on to say that he’s pushed out bigger cars before with no trouble.

Nick, from the shop, confirmed it was indeed the starter and not the battery.

“I’m going to have to call around because I don’t have one in stock,” were the next words I heard. “On a Sunday, not too many places open.” Dear Lord, please let him find one. Several minutes later, after calling all his options, amazingly, he found one — the last and only one!

As time slipped away, Alexandria mentioned to me that she was getting hungry. As if on cue and finding out her favourite, Nick ordered a couple large pizzas that quickly arrived piping hot. We ate our fill along with two other waiting customers in addition to the mechanics. So thankful, we decided to go outside to catch the last of the sun’s rays.

I decided to buy a couple bottles of water and before I knew it, my car was repaired and ready for the journey north.

And all throughout, my mantra and my belief was, “It’s all going to work out.”

I don’t have an explanation for why I believed everything was going to be fine. To me, simply believing was a part of this process, in perhaps some mysterious and unmeasurable way. Most of us believe that thoughts can become things. If that is the case, then positive thoughts can lead us on a path towards positive things. Yet coaching theory also tells us that the opposite can be true. We can have beliefs that limit us, hamper our success, block our path forward.

What if my inner voice was saying, “this canʼt be done.” Sometimes the little gremlin inside can whisper natterings of negativity. What if I thought, “darn! — I assume all parts dealers are going to be closed on a Sunday.” How might that assumption have affected me?

What if I had been influenced by someone elseʼs interpretation of my predicament? The tow truck driver was concerned that I might have to bunk back at the hotel for another night or two before my car would be fixed. My thought that everything was going to work out fine would have been in direct contradiction to this possibility. What if I had adopted his interpretation? Or what if I had a belief that limited or colored my thoughts about this situation? What if I believed that all tow truck drivers were fundamentally dishonest? How might that belief have affected my interaction with this individual, who happened to be one of the heroes of my story?

Thoughts are important. Beliefs are the foundation of how we interpret the reality around us and affect the reality we create. We all “just believe.” How different can our responses be to situations — particularly trying or vexing ones — if we believe in what is possible rather than in what can limit our outcomes?

Just believe, smile and be grateful for each and every small achievement!